Sample Lessons - Economics for Everybody 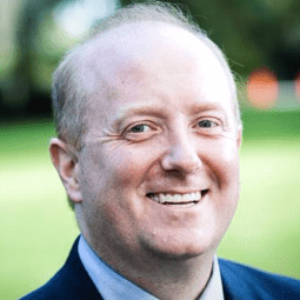 Sin is one of the primary issues that affects economics. In this lesson, we will look at the impact of the fall on economics; the way sin affects our relationships to the creation and to other men and women; the economic results of the Law and the Ten Commandments; the importance of liberty; and the role of civil government.

God promises prosperity and blessing to societies that abide by His Law. But He warns of misery and judgment on those who reject it. The prosperity and blessing, on the one hand, and the misery and judgment, on the other, are not solely caused by God’s response to our actions. They are also the natural, cause-and-effect results of behavior consistent or inconsistent with the moral and physical laws God has woven into the fabric of creation. The Biblical worldview, by recognizing these laws and teaching people to operate consistently with them, underlies the prosperity of the West.

THE IMPACT OF SIN

The impact of the Fall of Adam and Eve extended to all of creation. Before the Fall, it’s difficult to imagine how rich and fertile the original garden must have been. As a result of Adam’s sin, however, God told Adam: “Cursed is the ground because of you; in pain you shall eat of it all the days of your life; thorns and thistles it shall bring forth for you; and you shall eat the plants of the field. By the sweat of your face you shall eat bread, till you return to the ground …” (Genesis 3:17-19).

God’s curse of the ground means there is now scarcity beyond the natural limitations of space and time. Scarcity is the problem of a cursed ground that will not naturally provide for man’s needs. Scarcity greatly worsens the challenge of natural limitations. As a result of the curse and the problem of scarcity, the basic question of man’s life is now “How will I survive from day to day?”

Scarcity combined with sin and ignorance consistently leads to poverty. Although the nations of the West have been prosperous for centuries, the majority of the world’s population has been poor through most of world history. It remains that way for billions of people today. No system of economics is going to eradicate poverty; history shows us, however, that some economic systems tend toward increasing poverty while other systems tend toward lessening poverty.

Since we, as Christians, are interested in reducing poverty, we should also be interested in the economic system that works best to marginalize and reduce poverty as well as to help us be better stewards of God’s creation. Stewardship is man governing and using the created order for God’s purposes and for God’s glory.

The Fall has greatly affected who we are as men made in the image of God. This includes the economic work God desires us to do. Those consequences include:

A comparison of the line of Cain with the line of Seth in the first chapters of Genesis shows the radical departure within Cain’s line from what God intended.

Lamech, of the line of Cain, said to his wives: “Adah and Zillah, hear my voice; you wives of Lamech, listen to what I say: I have killed a man for wounding me, a young man for striking me. If Cain’s revenge is sevenfold, then Lamech’s is seventy-sevenfold” (Genesis 4:23-24).

But in the line of Seth: “Enoch walked with God after he fathered Methuselah 300 years and had other sons and daughters. Thus all the days of Enoch were 365 years. Enoch walked with God, and he was not, for God took him” (Genesis 5:22-24). The cultural mandate and God’s call to stewardship remain, but our sinful natures prevent us from being able to fulfill them without God’s grace.

Whenever we are overcome by sin, God intervenes in our lives to save us from ourselves. He gives us His law to provide boundaries within which we can find prosperity. Moses said, “And if you faithfully obey the voice of the LORD your God, being careful to do all his commandments that I command you today, the LORD your God will set you high above all the nations of the earth. And all these blessings shall come upon you and overtake you, if you obey the voice of the LORD your God” (Deuteronomy 28:1-2). He demonstrates His grace to us by redeeming us from judgment and blessing us in our obedience.

The story of Noah is a picture of God’s call to stewardship and blessing. Noah was given a specific economic task to build an ark using land, labor and capital. Noah’s obedience was an example of godly stewardship. God saved Noah and blessed his obedience, then repeated to Noah the cultural mandate: “And God blessed Noah and his sons and said to them, ‘Be fruitful and multiply and fill the earth’” (Genesis 9:1). God also gave Noah specific commands that helped him and his family live on the land. God did this to a much greater degree when He gave Moses His laws on Mt. Sinai.

THE LAW OF GOD

Most people don’t think about economics when they think about the Ten Commandments, but they provide the cultural and legal framework necessary for a people to create a community in which they can be stewards under God.

Although the Ten Commandments have a personal aspect to them, they also have a corporate, societal aspect that has great bearing on our economic lives.

God has not only given us His Law, but He has given us the civil government as a means of enforcing laws in society. God established the authority of civil government in the world when He spoke to Noah after leaving the ark: “And for your lifeblood I will require a reckoning: from every beast I will require it and from man. From his fellow man I will require a reckoning for the life of man. Whoever sheds the blood of man, by man shall his blood be shed, for God made man in his own image” (Genesis 9:5-6).

Civil government is an agency of force. It “wields the sword” of governmental coercion, and therefore has the ability to take the lives of those under its rule. As Genesis 9 points out, there are some biblically-justified instances of capital punishment.

Yet it is not only in the Old Testament, but also in the New, that the sphere of civil government is affirmed. Paul says in his letter to the Romans:

Let every person be subject to the governing author- ities. For there is no authority except from God, and those that exist have been instituted by God. Therefore whoever resists the authorities resists what God has appointed, and those who resist will incur judgment. For rulers are not a terror to good conduct, but to bad. Would you have no fear of the one who is in authority? Then do what is good, and you will receive his approval, for he is God’s servant for your good. But if you do wrong, be afraid, for he does not bear the sword in vain. For he is the servant of God, an avenger who carries out God’s wrath on the wrongdoer. Therefore one must be in subjection, not only to avoid God’s wrath but also for the sake of conscience. For because of this you also pay taxes, for the authorities are ministers of God, attending to this very thing. Pay to all what is owed to them: taxes to whom taxes are owed, revenue to whom revenue is owed, respect to whom respect is owed, honor to whom honor is owed (Romans 13:1-7).

According to these passages, the primary role of civil government is to set down the rule of law and to punish evildoers. This view of government is an extremely limited view compared to that of modern governments that redistribute wealth, take care of the poor, and engage in countless economic endeavors.

Instead, the biblical role of government establishes a fence and boundary within which a people can live and grow economi- cally as stewards of God’s creation. This “rule of law” includes protection of life, property, marriage and family, defense against invaders, and upholds the integrity of agreements and contracts.

Yet the power of the sword provides a dangerous temptation to those inside and outside the government. Historically, people have vied with one another for control of that sword to oppress others while they benefited themselves. Liberty and tyranny are the two opposite extremes that struggle with each other for control of the government. The former seeks to limit it to its natural province, while the latter seeks to expand it to do its will.

There is a clear connection between obedience to God’s commands and national economic prosperity. History demon- strates that those nations that were most influenced by the Protestant Reformation (Germany, the United Kingdom, Switzerland, the United States, the Netherlands, Scandinavia, and others) have historically enjoyed the greatest prosperity in the world. Other European and European-influenced nations that have followed a Christian view of the world stand close beside them.

Why is this? It is because our corporate understanding of God influences how we understand what man is. In other words, our theology ultimately influences our economics. We can see it in this sequence:

As we pursue this study, we will see that what we believe about God ultimately determines whether we will enjoy prosperity and liberty or whether we will live in poverty and tyranny.