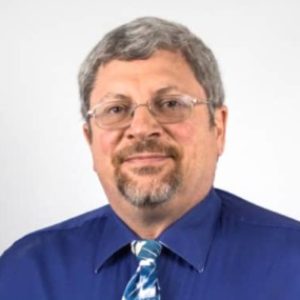 Most college biology texts are written from the perspective of naturalism—the belief that only physical things exist. Since such a perspective or belief affects a person’s view or understanding of all things—including the world—it is a worldview.

Naturalism is more specifically the naturalistic worldview, or the worldview of naturalism. According to naturalism there is no God, there are no angels, and nothing non-physical exists, such as soul, spirit, good, evil, or even purpose. Naturalism accepts the existence of only that which can be detected directly by human senses.

Biblical theism believes in one triune God Who defines good and evil, provides purpose, and created both the spirit world (e.g. angels, souls, spirits) and the physical world (e.g. the universe, astronomical objects, the earth, organisms). I pray that this text will nurture your own biblical worldview and preserve you from any and all non- biblical worldviews you may encounter in the future.

Most college biology texts are also written from the perspective of reductionism—a logical consequence of naturalism. To understand something completely, a person who believes in naturalism does not believe he needs to consider purpose, or an unseen God, or in soul or spirit (because he does not believe any of these things exist).

Since naturalism believes nothing exists beyond the physical, it should be possible to understand something completely by taking it apart and understanding its physical parts and how they fit together (i.e. ‘the whole is the sum of its parts’). This belief is called reductionism and the perspective is reductionistic.

Most biology texts are written from the perspective of naturalism, and thus tend to adopt a reductionistic perspective. Consequently, it is common for most biology texts to arrange their chapters from small things (the micro) to large things (the macro)—in a stepwise fashion dealing with atoms then molecules, cells, organs, organisms, and finally ecosystems.

The author of this text not only explicitly rejects naturalism, he also explicitly rejects reductionism, believing instead that the creation contains emergent properties (those that cannot be explained by the parts that make it up). He also believes that life cannot be understood without considering divine intent, or the ‘big picture’. He believes that the biblical perspective is holistic, not reductionistic.

The Bible begins with God (“In the beginning God…”), then relates the creation of all things (Genesis chapter one), then relates God’s interaction with mankind in general (Genesis 2-11), then with a chosen people group, and finally to us individually. The author believes a holistic perspective of biology is the proper one. He also believes it is a better teaching strategy to begin the study of biology with things you as a student are already familiar with—like the critters and plants themselves.

Consequently, the chapters in this text begin with the macro and deal with the micro when it is most appropriate to do so—namely when it actually does help understand the whole. This text starts with organisms and deal with molecules along the way. As a side benefit, the large-to-small approach is opposite that of the reductionist approach, so it implicitly reinforces a (holistic) biblical worldview.

Since a person who believes in naturalism rejects a creator God, he or she believes everything came into being without help (i.e. spontaneously or ‘naturally’), changing—i.e. ‘evolving’—from previously existing physical thingsa. With a naturalistic worldview perspective, a person has no choice but to believe that everything came to be by some sort of naturalistic evolution—the idea that all physical things originate by spontaneous or natural change from previously existing physical things.

According to naturalistic evolution, life has been developing over billions of years, it has always been subject to natural evil (degenerative aging, animal death, suffering), and the diversity of human languages has been developed over thousands of years, and there never was a global flood on this planet.

However, since the God of the Bible is the Creator of all things (Ex. 20:11; Col. 1:16), the author accepts creationism rather than evolutionism (i.e. he is a creationist, rather than an evolutionist, and believes that ultimately, all physical things came to be supernaturally). More particularly, the author believes that the Bible speaks with truth on all matters that it addresses, including its claims about the physical world.

As result, he affirms the creation of a complete, un-cursed universe in the course of six days (Gen. 1) only thousands of years ago, a curse in response to Adam’s sin that introduced natural evil into the world (Gen. 3), a global Flood in the days of Noah a millennium and a half later that destroyed all living things on the land with the exception of those in the ark (Gen. 6-9), and a couple centuries later, a judgment on humans at Babel that was the source of the diversity of human language (Gen. 11:1- 10).

Consequently, most textbooks focus on the accomplishments of biologists, the nature of the biological world, and unify the topics with naturalistic evolution. As brilliant as scientists may be, as impressive as their accomplishments are, and as awesome as the biological world is, the author believes the focus of a textbook of biology should be on neither humans nor organisms, but rather upon the One Who created them. The chief end of man is to bring glory to God, so we ought to continually glorify and worship Him.

Scripture also tells us that God created the physical world to show us the invisible God and His invisible qualities or attributes (Rom. 1:20). It stands to reason that in some sense the obverse of this statement must also be true—that the attributes of God can help us better understand the creation. Consequently, this text focuses on how the major attributes of God illustrate the nature of God. Thirteen of the fifteen chapters open with a description of a characteristic of God and introduce that particular aspect of the biological creation that God created in order to physically illustrate that characteristic.

Thus we have a responsibility to worship God, to share God with others, to guard and keep the creation He gave us, and to enhance the divinity-illustrating characteristics of the creation so as to bring God more glory. With this thought in mind the first chapter of the text focuses on what kinds of responsibility a believer has in regards to the biological creation. Nearly every chapter thereafter concludes with comments about specific responsibilities that the believer has with respect to the biological creation.

It is my hope that this text will change you. After reading and studying this book previous students have claimed it has helped them grow in their relationship with God. Biology has helped them better understand things they have long known about God, but struggled to understand. They have come to see God in those things He made, to be awed by God in ways they have never been before, and to know God more intimately. Students have also commented that studying this material has helped them in their Christian walk. They learned new ways to worship, to share their faith with others, to stand for what they believe, and to glorify God.

Finally, students claim that issues in this text have changed their perspective on who they are. They have come to understand their purpose, recognized their roles as priests and rulers of the creation, and learned additional ways to do what is right. I pray all this for you. I pray that this course will initiate a life-long journey of worshipping and glorifying the One Who made all things, and testifying of that truth to others.